How Not to Sell the Business, part I

Tom Crouser December 22, 2013 Comments Off on How Not to Sell the Business, part I 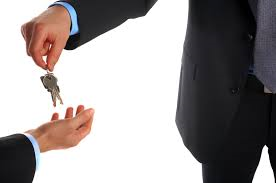 A front page article in the morning paper was about a local printing company’s auction. “The six-color press was almost too big for this market,” is what the owner said. Hum, almost? That there is what’s called “stinking thinking,” which got me going through my file where I found a ten-year ole tale of similar reasoning. It’s about one man’s real-life story of agony in losing it when he tried to sell the business. Allow me to begin with the end.

Joe opened a franchise print shop but kept his night job as a six-color pressman for five years while he got things stabilized. Er, actually, he didn’t get things stabilized but he thought he did. Nonetheless at year twelve he decided to sell and told the franchise to bring him a buyer. They did; three in fact.

The third one Joe felt was a keeper. He had an MBA and his wife was a CPA and, at thirty-four, they were young enough to withstand the strains of business. Of course, he was basing this on his own strains, many of which were unnecessary but I’ll get to that next month. And, he’s assuming that MBA and CPA skills translate into small business owner skills and they don’t necessarily as he found out.

Joe decided to do due diligence. Good job. Problem is his idea of due diligence was to have the buyers do a personality profile test. He also thought a handwriting analysis would help and he wanted to have their astrology charts done. I’m not making this up.

Okay, Joe, this was a dumb move to sell the business.

I do believe in personality profiles as a descriptor of a person’s preferences. And I do believe that people will generally prefer doing what they like the way they like. So, a person often conforms the job to their preferences rather than them conforming to the job which is where the profile is beneficial. It tells you how a person will do a job not whether they can do it.

Imagine a chatty person as a librarian or an introvert as a door-to-door salesman. Doesn’t say they can’t do the job; rather it says how they will do it. The closer the profile and the job match; the less stress there will be for the person. The chatty person might find door-to-door sales more to their liking and the introvert may find life as a librarian more satisfying.

I’m often asked, “Is there a perfect profile for a specific job?” No. The best profile for an outside salesperson is a “single mother with two kids to feed.” What I mean is that motivation to do the job is not measured in a personality profile nor is intelligence or mechanical aptitude for instance.

However, knowing a person’s profile helps in interviews. “You’ve described yourself as a perfectionist who generally likes precise answers. Do you feel you would do well as an outside salesperson that often has to deal with ambiguity?”

As an aside, many often stray off into the world of how will the new owner treat the workers? While I certainly wouldn’t ignore this, it largely is none of the seller’s business. That’s a matter between the buyer and the workers.

Well, Joe didn’t focus and his tale of woe is staggering. Instead, he chose the Ouija board approach. Don’t do that. Focus on facts, not feelings. I’ll pick up more on the lessons we can learn from Joe next article.

Other articles in this 2 part series

Part I, How not to Sell the Business Click Here

Part II, How not to Sell the Business Click Here