Owners Problems of their Own Making

Tom Crouser February 2, 2014 Comments Off on Owners Problems of their Own Making 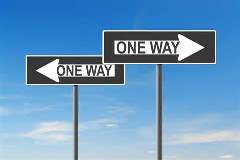 Business transitions, or lack of them, can cause unusual owners problems in a business. Red Lily Printing is one where it created a stand-off where owners aren’t paid for performance: rather are paid for hours worked. The result is the business is rudderless and it has created a tangle of time “having to work.”

This article is based upon a number of situations. Names, locations and other facts have been changed to illustrate and simplify the case presented. As such, any resulting similarity to any one business or person is coincidental.

Red and Mary Lily started the shop in 1980 and Red did everything printing-wise while Mary focused on the books as well as helped in bindery. James, one of four brothers, began working in the shop straight out of high school. Red was the go-to guy on everything regarding business decisions until his passing in 1999: at which time complete ownership was transferred to Mary.

Mary didn’t want to “run” the business so she asked James to do so. And that started the owners problems. James’ background was graphics, press work and a little selling but with no business training. Later, James married Susan, who worked as secretary in a nearby plant.

In a classical “organize around people not functions” move, Susan came to work in the family business after losing her job in downsizing. They made room for her as she took over some of Mary’s responsibilities in bookkeeping although Mary continues to hold on to some tasks (checkbook) as well as works daily in the bindery. Another of the owners problems: organizing around people, not functions.

Susan is paid an hourly wage based on what she was making at the plant ($11 an hour) while James was paid a salary of $70k per year. Mary also earns a nominal salary of $9 an hour for half time work which is a classic example of another owners problems in paying family members based on need rather than performance.

Kicker was James and Susan expenses continued to grow and they needed more than their combined salaries to “make ends meet.” In my opinion, because neither James nor Susan were paid more if the business earned more, James extended Susan’s hours to 60 hours a week. This put her income around $34,000 meaning that combined, James, 50, and Susan earn slightly more than $100,000 a year while Mary, now 70, earns about $16,000.

Now because of the time Susan needs to put in, 60 hours a week, they have a time management problem. She doesn’t work on Sunday but puts in six hours on Saturday, so she must work 54 hours during the other five days or almost 11 hours every weekday. This, in turn, means every night is a late night and, since Susan has to work, James stays with her and does “stuff” until 9 pm most weeknights. Even more owners problems.

James says that he “gets more done when people are not here.” I don’t disagree, but much of this is due to him putting off work he would otherwise do during the day, like writing up jobs. These evening hours free up his day but those daytime hours have been filled with a diffusion of trinket tasks to fill the hours.

The mother Mary, on the other hand, is paid for her labor but is not compensated for the use of the business to generate the $100,000 yearly income for James and Susan.

Now here’s another important factor. The business is rudderless because, in my opinion, no one is paid on the performance of the company. It bumps along adequately while everyone earns what they earn through good times and bad.

A Solution to the Owners Problems

What’s needed is to unlock the potential of the company through a transition and get past the mired owners problems.

Mary should be paid for the business. We estimated the value and a payout which would pay her around $20,000 per year or slightly more than what she is earning now. However, she would have to do no work to earn it and thus could do some of those other things which, she indicated to me, was what she wanted to do.

Now, if James and Susan owned the business, they could focus on tasks that needed to be done instead of busywork. They could pay themselves what the business earned and wouldn’t have to spend the hours bulking up their time sheet. Additionally, if they could unlock pay for performance, this business will no longer be rudderless.

Yes, sometimes the lack of a business transition can cause some weird issues and this is a good example of owners problems caused of their own making.

What’s a Sales Manager to Do?

Behind a Business Valuation, Part I